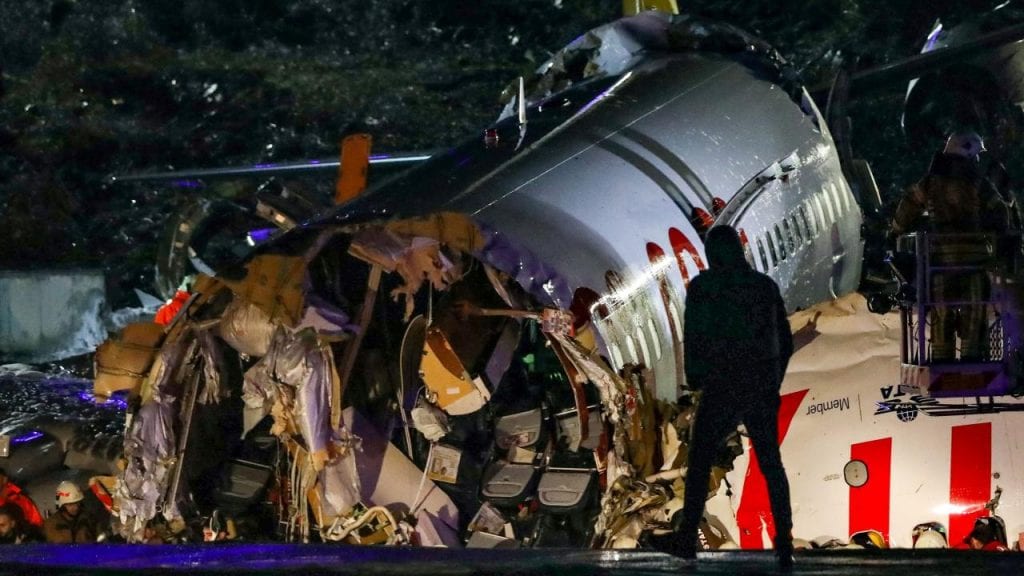 If you or a loved one were passengers on Pegasus Airlines Flight 2193, click here to contact us!

On Wednesday, February 5th, 2020, another Boeing airplane crashed while landing. Pegasus Airlines flight 2193 with service from Izmir, Turkey to Istanbul’s Sabiha Gokcen airport skidded off the runway during landing and split into three pieces, reported the Associated Press. Turkish authorities have reported that the Boeing 737 in question carried 183 people, including crew members, and left 3 people dead and 179 people injured.

At the time of the crash, they were experiencing heavy rain and strong winds, contributing to a “rough landing,” as described by the Transportation Ministry. The plane skidded roughly 50-60 meters before dropping roughly 30 meters into a ditch, according to the Associated Press. In a report from The Washington Post, the plane was 11 years old and purchased by Pegasus Airlines from Air Berlin in 2016.

The Washington Post reports that a passenger on the flight claimed that instead of slowing down upon landing, the plane accelerated before leaving the runway. An investigation has been launched and authorities are looking into the two pilots of the plane (The Washington Post).

In their official press release, Pegasus Airlines says “Pegasus Airlines shares in the profound sorrow of all the people affected by this tragic accident. Above all, we would like to express our profound sympathy and heartfelt condolences to those families and friends who have lost loved ones and extend our thoughts to them at this difficult time.” They further state, “We are deploying every resource to support those affected by this accident.”

Plane crashes have become all-too-common news stories, and the number of injuries is nothing to take lightly. Boeing has had to respond to multiple crashes of their airplanes in recent years; however, they continue to prioritize profits over human life. Whether the issue lies with the repeated incidents with a particular airline or issues with the aircraft manufacturer itself is largely irrelevant when considering the loss and injury of human life—it simply should not happen. However, when it comes to seeking compensation and justice, we will hold the parties at fault responsible.

Every time we board a plane, we are putting our trust and our lives in the hands of the pilots, the airline, and the plane manufacturer. The loss or injury of human life because of an error in any of these essential components is unacceptable.

If you or a loved one was a passenger on Pegasus Airlines flight 2193, you are entitled to compensation. Call 713-800-1200 or fill out our form here to get the process started. You don’t have to settle for being the victim of a plane crash. Take a stand and get your life back on track today.