Our clients are in shock and disbelief that any sane person let alone the Secretary of Transportation would conclude that the FAA system does not need a complete overhaul. It is incomprehensible, in light of the avalanche of evidence, that anyone could reach such a conclusion. This is why our clients are not relying on the Government to get to the truth of what happened and will continue to pressure the US Congress to change a broken system. 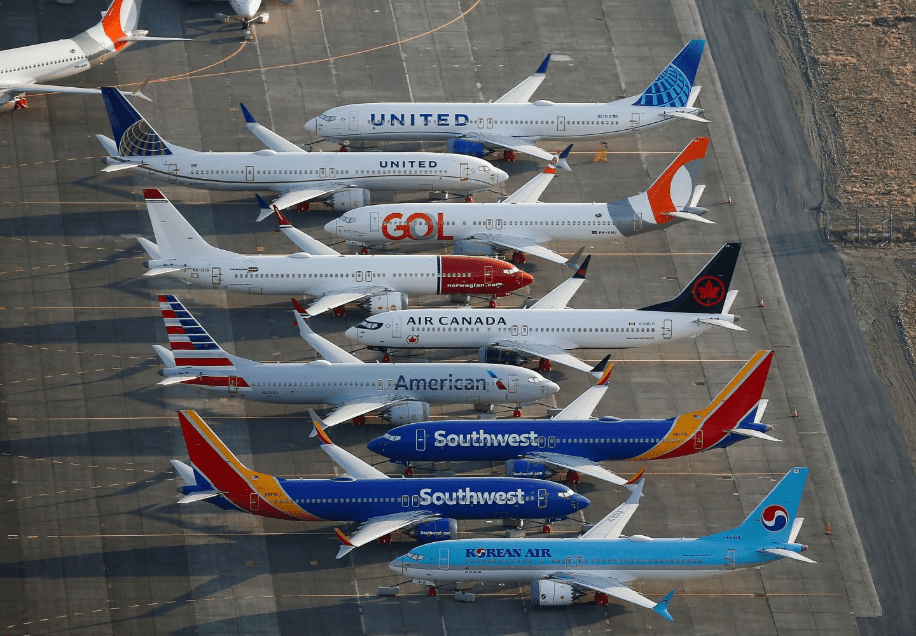 A panel of aviation safety experts assembled by Transportation Secretary Elaine Chao after two deadly crashes involving Boeing 737 Max planes concluded that the Federal Aviation Administration followed its own rules in certifying the aircraft safe to fly, dismissing criticisms that the agency gives manufacturers too much authority to oversee their own work.
Instead, the panel warned against overhauling the system the FAA uses to review new aircraft.The group, led by Lee Moak, the former head of a major pilots union, found that the current system of allowing Boeing and other manufacturers to oversee much of their own work both “promotes safety” and allows “industry and innovation to thrive.”“Any radical changes to this system could undermine the collaboration and expertise that undergird the current certification system, jeopardizing the remarkable level of safety that has been attained in recent decades,” the group wrote.The report is a counterweight to an increasingly strongly held view in Congress that the existing safety approval system is broken. Its conclusions were  challenged by lawmakers who are investigating the Max — which was involved in two crashes that left 346 people dead — and say their concerns about the plane’s approval have only deepened since the release last week of internal messages showing Boeing employees disparaging the FAA.Moak repeatedly declined to engage with questions about the internal messages and whether they affected his group’s conclusions, telling reporters Thursday that they were a matter for other reviews and investigations.“I think our report stands,” Moak said.In a statement, Chao said she had reviewed the report and was directing the FAA’s leaders to “provide an action plan to incorporate all appropriate recommendations in the interest of improving the aircraft certification process.”A spokesman for Chao would not say whether the secretary shared the committee’s conclusion that the safety approval process ought not to be overhauled.

Boeing, whose standing has been badly hurt by the crashes and subsequent internal messages, said in a statement that it appreciated the committee’s work and would study its recommendations. The company’s board ousted its chief executive in December and has shut down production of the now-grounded Max while safety regulators determine whether it’s safe to fly again.

At the same time, congression­al investigators have been probing how the plane was first approved and the responses to the crashes.

Rep. Peter A. DeFazio (D-Ore.), chairman of the House Transportation Committee, said his team’s investigation has shown that the approval process, known as Organization Designation Authorization, failed at multiple points and that legislation to improve safety was needed.

“I want to be very clear: 346 people died because the system failed,” he said in a statement. “Despite the wishes of industry, it would be the height of irresponsibility to leave the ODA system as is and just hope for the best the next time. Not addressing the failures head-on would be a grave mistake and that will not happen on my watch.”

Moak worked on the review with a retired Air Force general and three safety experts with a mix of experience in government and private industry.

The group’s report offered an extended defense of the FAA’s oversight. It noted criticisms that giving companies broad authority to oversee themselves creates an “inherent conflict of interest” that results in “a regulatory blind spot.”

“This interpretation is inaccurate,” the report states. “In fact, with strict FAA oversight, delegation extends the rigor of the FAA certification process” by “multiplying the technical expertise” focused on an aircraft’s safety, it said.

But the report did not explain how and why the FAA’s oversight failed to catch the Max’s deadly flaws or the problems at Boeing that created them.

“In summary, we found good faith compliance efforts with the regulatory requirements by both Boeing and the FAA,” it concluded.

It noted that “no holistic assessment” of risk “was required, or presented” by Boeing.

Rep. Sam Graves (R-Mo.), the top Republican on the Transportation Committee, called the report unbiased said it “clearly dispels the narrative that our aviation certification system is broken and must be completely rebuilt.”

Boeing and other companies should be required to build or expand internal “safety management systems” that would be overseen by the FAA, the report said. And it recommended that the FAA and industry “should work together” to address concerns about “potential undue pressure” on company representatives who are supposed to act on the FAA’s behalf in overseeing safety, though it did not offer specifics.

The recommendations also include rethinking assumptions about how well pilots are trained, reviewing how multiple changes to an existing aircraft design might affect one another and improving communication between Boeing and the FAA.

The Max, a version of the 737 upgraded with new engines, was approved by the FAA in 2017. But in October 2018 one of the jets plunged into the sea off Indonesia, and five months later a second jet crashed in Ethi­o­pia.

In both cases a new automated feature was found to have malfunctioned, driving the plane’s nose down in a way that the pilots could not overcome. Documents disclosed by Boeing and congressional investigators have shown that the company went to great lengths to downplay the new feature during the approval process, concerned that it could prompt the FAA to require crews to undergo costly simulator training before flying the new jet.

The international committee concluded that details about the feature were shared with safety regulators in only a fragmentary way and that it could have been scrutinized more closely.

The new report discusses the feature, known as the Maneuvering Characteristics Augmentation System, saying that it was identified and tested in flights by Boeing and the FAA and that pilots were trained to deal with the conditions it would create if it malfunctioned.